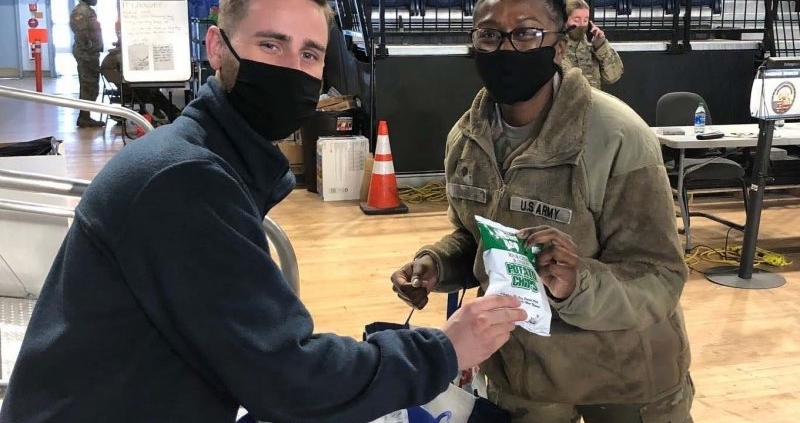 With thousands of National Guard members stationed at the nation’s capital, they were going to need some scrumptious support eventually. When the USO-Metropolitan of Washington-Baltimore sought donations to support the troops, our Queen Bee Mary Anne Ketelsen answered the call.

We shipped 1,000 bags of assorted chips to the troops as fast as we could. The guardsmen and women appreciated us paying our crispy and crunchy respects. From the simple pleasures of our original flavor to the smoky sweetness of honey barbeque, everyone got a chance to stop and savor the moment.

The hive is proud to have done our delicious duty for the troops. Among the soldiers sent to the capital, 500 were from the West Virginia National Guard, so they got a reminder of the fresh flavor awaiting them in the Mountain State. As for the rest of the troops, we’re happy to have given our nation’s heroes a special piece of West Virginia to take home with them.